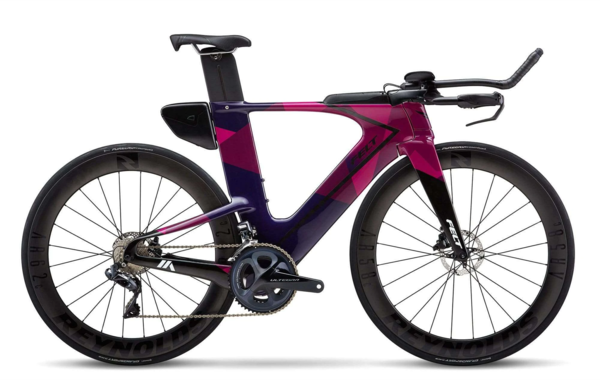 Our very first bike was made for one of the greatest triathletes in history—Paula Newby-Fraser—who rode her stealth black Felt B2 to multiple world championship victories. Since then, we've never stopped pursuing the ideal triathlon racing machine. The IA is the culmination of 30 years of iterative design and painstaking development, and its results at the highest level of competition speak for themselves. So we can tell you that the IA is the most aerodynamic bike in the world. We can also say that it's the best-handling triathlon bike on the planet. But what we should really mention is that the IA won the Kona World Championship a staggering six times in a row, and it holds both bike and overall course records across the lava fields of Hawaii. So, really, what else do you need to know?

* Subject to change without notice.